In the past few years, it can be observed that India is touching unbelievable new milestones with respect to science, research and technology. But, a vast percentage of the total population of the country remains untouched by such advancements. Lack of proper education is the principal reason behind this.

But, these advancements have somehow affected a lot of aspects. The effects can mostly be witnessed especially in the fields of healthcare. With more advanced equipment and healthcare opportunities, there is an alarming rise in medical costs. There are various types of feasibility issues that have contributed to such a rise. It is gradually going beyond the reach of the common man.

But, the healthcare sector cannot be treated as an optional sector. Proper maintenance of good health and access to the necessary treatment and relevant medical facilities is a right for all. But unfortunately, there are a number of issues that require careful attention in this field.

Health insurance is still a foreign topic for a large portion of the Indian population. Those who possess some marginal knowledge regarding the subject, it is viewed as a means of tax-saving tool. This very thought process needs attention.

Despite, the health insurance sector is the fastest and the largest growing sector of the country, yet its substantial contribution to the society still remains low as there is no compulsion to maintain a health plan. There are various types of health plans that are commonly in circulation in the Indian market including health insurance plans for family, senior citizens, individuals, groups, women, etc. There are even certain specific plans especially addressing critical illnesses, cancer, liver problems, heart troubles, etc. But still, the insurance companies fail to reach the majority of the country’s population. Except for a certain slice of the entire population, nobody pays attention to this very concept. The majority belief is that mediclaim investment is unnecessary and thus avoid contributing to it.

A survey alarmingly reveals that only about 27% of the entire country’s population have health insurance coverage. When compared to the density of India’s population, the percentage is fearfully low. This lack of proper knowledge and awareness jeopardizes the health of millions of countrymen.

Most of the people rely on corporate health insurance policies which generally does not contribute to critical care. This leaves an even higher percentage to access treatment leaving no other option but to spend out-of-the-pocket.

The poverty of the country is one of the most practical and palpable issues with respect to India’s economy. Despite being the 5th largest financier and the 6th largest wealthiest country in the world, the poverty issue cannot be left unattended. Because of this lack of money among the general mass and lack of proper knowledge, education and information, there is so much dearth of health insurance policies in the country. The most associable issue in this regard is that lack of proper health insurance plans are driving thousands of families to unrecoverable impoverishment.

Despite the constant amount of healthcare expenses, people still think that investing in healthcare policies is unnecessary. But proper access to information along with expert guidance is essential to teach people the importance of investment in the healthcare plan.

How to improve the situation ?

Amidst the commendable economic developments of India, the healthcare sector needs special attention. Not only creating new avenues with noteworthy researchers in health sciences will suffice, but also it has to be supported by letting the mass of the population get proper access and advantages to the standard medical and healthcare facilities at a considerable rate. Providing health insurance plans for all will be a major economic turning point of the country. It falls on the shoulders of the government as an imperative duty to let the mass get access to mediclaim plans. After all, a health plan is an assurance of a secured and healthy future. 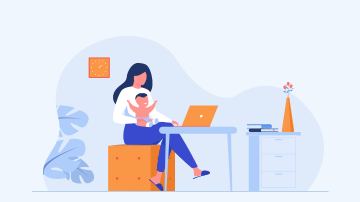