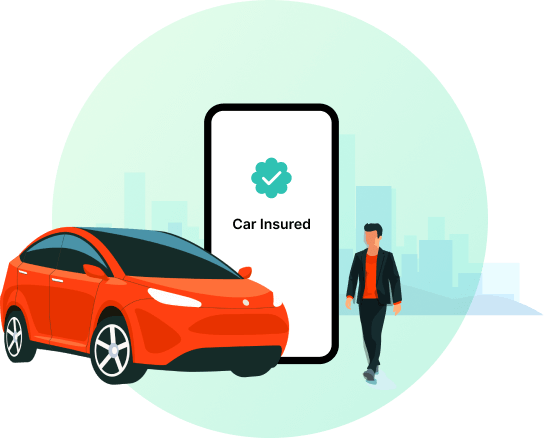 Most car insurance covers do not cover the consumables present in the car and these have to be separately insured through a consumable cover. Consumables refer to those parts of the car that serve a specific purpose and are consumed completely through use. An example of the same would be nuts, bolts, grease, etc. These parts have to be continually replaced as there are high wear and tear of these parts or items.

Anees, who was driving back home from work, met with a minor accident in which his radiator was damaged. As a result of this damage, the coolant leaked too. While Anees' car insurance company reimbursed the replacement cost of the radiator, he was not able to recover any sums for the coolant and had to spend nearly four and a half thousand rupees to get it fixed. Well, if he had a consumable cover, the expenses to repair the consumable would be borne by his insurance company.

Features and Benefits of a Consumable Cover

Paying an additional amount with your car insurance policy will ensure that you reduce the amount of car maintenance cost that is to be paid in the long run. These costs are incurred on a frequent basis and can add up to a significant amount.

What is Covered in a Consumable Cover?

What is Not Covered in a Consumable Cover?

Standard exclusions are as follows –

Other exclusions under such a policy are as follows –

Who Should Buy a Consumable Cover?

People who are living in accident-prone areas should also opt for this cover as, during accidents, the consumables of your car need to be repaired/replaced during car insurance claims.

Wait! Do Not Claim That Car Insurance Yet!

Keep your NCB intact by not raising a car insurance claim for small dents & scratches. Know here when to raise...

It is always important to know the dos and don'ts before buying a car insurance policy. Especially if you are ...

Can You Get Car Insurance If You Don't Have A Driving Licens...

Availing a car insurance without a driving license can be possible under certain circumstances. Know what are ...

Fuel type is a crucial factor in deciding your car insurance premium. Learn the other important aspects before...

Advisor's Tip: How to file a Car Theft Claim?

Learn how you can file a car theft insurance claim with your insurance provider against theft. Know the benefi...

Here are the list of top 9 best car insurance companies in India for the year 2020. To Know More About Best Ca...

Difference between comprehensive and third-party car insurance: Comprehensive policy covers both own damages a...

What To Do After a Car Accident: A Step By Step Guide

After a car accident has taken place, you should take out your insurance copy and look for the 24x7 helpline n...