For any individual, term insurance is imperative to keep their family secure and term insurance is supposed to be renewed regularly. Due to the bustling ways of life, you may forget to pay premiums regularly and this shortcoming results in the policy getting lapsed.

Many times, a person is faced with the dilemma to revive their lapsed policy or to buy a new one. This article covers everything you need to know about it.

What is a lapsed term insurance?

All the premiums paid by them are lost and the coverage too gets terminated. If the policyholder, unfortunately, dies during the grace period, their nominee does not get any death benefit, which is why the revival of a lapsed term insurance is of huge significance.

It looks hassle-free but is it better than buying a new plan?

Revival or a new plan? How to decide.

Many aspects are supposed to be considered while deciding if you want to go for a revival of a lapsed plan or buy a new plan.

o   If you find buying a new plan is more affordable than paying the debts of a lapsed plan, then it is fine for you to go for a new plan.

o   You need to narrow it down to what your income, savings, and investment ratio are.

This year, LIC launched a policy revival campaign allowing people to revive their lapsed insurances thus allowing restoration of security of their policyholders.  Similarly, many times some insurance companies conduct such drives keeping in mind the well-being of their policyholders. It is always advisable to revive your policies in such campaigns as these allow a great concession on premiums.

Though it is always advised that you pay your premiums regularly and not let the policy get lapsed if any misfortune occurs, it is important to take advantage of such plans since these protect something of your very own, this is your life and the well-being of your loved ones.

Share article with your friends
Enter your details
LATEST ARTICLES
Term Insurance
What Millennials Should Know When Buying Term Insurance? 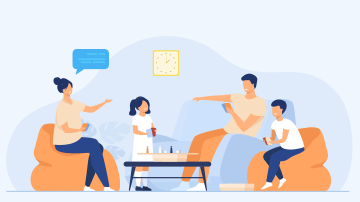